‘Price of Justice’ On Sale At LM Publications Website

With the holidays right around the corner, Lance Ryskamp, President of LM Publications, LLC, thinks his self-published novel, Price of Justice, is the perfect gift for the book reader on your Christmas list. The novel is available for sale at the company’s website, http://www.lmpublications.com

Price of Justice is a “prequel” to Ryskamp’s 2004 novel, Political Season, and features many of the characters from the first book. The novel follows the politics and intrigue of a fictitious Supreme Court nomination fight. “As I was trying to decide what to write after finishing Political Season, I decided to focus my next novel on an event that is alluded to briefly in the beginning of that story,” Ryskamp said. “It allowed me to work again with several of the main characters from my first book, which I liked.”

At the center of Price of Justice is Professor Ryan Turner, who is nominated by his former law school classmate, President Jackson McCoy, to become the Chief Justice of the United States Supreme Court. However, Turner’s brilliant legal career and controversial personal life soon become political fodder for the President’s enemies, especially Senate Majority Leader Allen Daniels. “The story features a combustible mix of money and single-minded political groups, each of whom try to use the Turner nomination to raise their own profile,” Ryskamp stated. “With our current political system drowning in special interest money and the twenty-four hour news cycle of today’s media, I feel Price of Justice is very topical and I hope the readers enjoy it.”

Ryskamp is a Highland resident, as well as a lawyer, lobbyist and former elected official. His political career includes service on the Highland Town Council, the Lake County Council, as well as over twenty-five years of experience working on state and local political campaigns. Currently, his primary focus is as a writer and developing his company, LM Publications, LLC, which he formed in 2009. “I have enjoyed a very exciting career and have met a lot of interesting people over the years,” Ryskamp said. “While my novels are definitely fiction, my background has helped me tremendously in coming up with story and character ideas.”

Price of Justice is published through iUniverse and can be purchased at www.lmpublications.com for $19.99, plus shipping and sales tax.

The website, which contains links to the company’s Amazon used book storefront, also features Ryskamp’s first novel, Political Season, for sale as well. Political Season can be purchased for $16.99, plus shipping and sales tax. 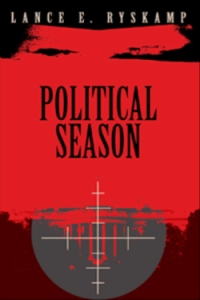 ‘Girls On The Run’ Founder To Speak At Valparaiso University

Ms. Barker will share her experiences which led to the organization’s founding in 1996. Girls on the Run is an organization which educates and prepares young women between the ages of 8 and 12 for “a lifetime of self-respect and healthy living”.

The cost of the event is $5 for adults, with children being admitted at no charge. The doors will open Friday night at 6:30 pm, and Ms. Barker’s speech will begin at 7:30. For more information, go to the Girls on the Run of Northwest Indiana website at http://gotrofnwi.org/

New Changes For Beyond The Region

As anyone who has visited Beyond The Region knows, I have not made regular posts in some time. My original hope was to make BTR a digital magazine, covering news, sports, business, etc. With the creation of my two new blogs, Dinner, Drinks and a Movie (www.dinnerdrinksandamovie.com) and Midwest Beer and Wine (www.midwestbeerandwine.com) I have decided to take my company in a different direction.

Going forward, Beyond The Region will be used exclusively to showcase original work from me, rather than posting media shared content. Primarily, this will take the form of reviving my 2011 column, as well as posting periodic book reviews that I publish. I will still continue to post articles of interest on Beyond The Region’s Facebook page, along with future blog posts.

As I go forward to revive my column, which was previously called “BTR: In My Opinion”, I will periodically post new columns under the name of Beyond The Region covering a variety of topics, either in the format of my old column, or focusing on one specific subject matter. To give you an idea of where this will go, I have placed my old BTR: IMO columns and earlier work, in the category “Beyond The Region Columns”. At the moment, I am not prepared to lock myself into a set schedule (weekly, bi-weekly, monthly, etc.), but I will publish them as time permits and based on audience interest.

As for the book reviews, I have done a number of reviews for Amazon.com, all of which can be seen at http://www.amazon.com/gp/cdp/member-reviews/AKVAXB5E33UKR/ref=cm_pdp_rev_all?ie=UTF8&sort_by=MostRecentReview.  Some of these reviews I posted on BTR as well, and I have placed all of those under the category of “Book Reviews”.

While BTR did not pan out into the forum I had originally envisioned, I am excited at the new direction the company has gone with Dinner, Drinks an a Movie and Midwest Beer and Wine. I also look forward to reviving my column and using Beyond The Region as a vehicle to showcase that work. In addition, I still am selling my two political novels “Price of Justice” and “Political Season”, as well as offering a used book Amazon storefront on my company’s website, www.lmpublications.com.

Thank you for your past interest and support, and I hope you check out my various sites in the future.

Filed under Beyond The Region Columns, Book Reviews

Tagged as Beyond The Region, beyondtheregionvideo, book review, Dinner Drinks and a Movie, In My Opinion, Lance Ryskamp, LM Publications LLC, Political Season, Price of Justice

Navy SEAL killed in rescue of American doctor in Afghanistan.

Tagged as Politico, tax the rich, taxes on the wealthy

First freshman to win the trophy.

And so it begins again!